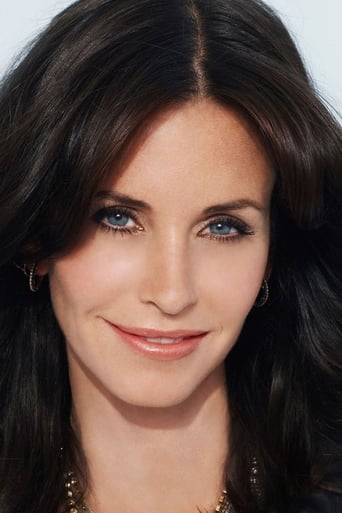 From Wikipedia, the free encyclopedia.   Courteney Bass Cox (born June 15, 1964) is an American actress, who achieved fame for her role as Monica Geller on the NBC sitcom Friends. Cox has also starred in Dirt and the Scream series of movies. She currently stars in the ABC sitcom Cougar Town, for which she earned her first Golden Globe nomination. Description above from the Wikipedia article Courteney Cox, licensed under CC-BY-SA, full list of contributors on Wikipedia.